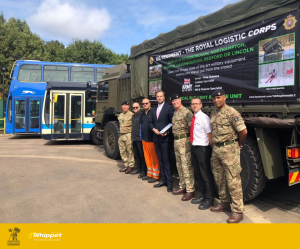 Cambridgeshire-based Whippet Coaches has officially demonstrated its commitment to supporting Armed Forces personnel and their families through signing the Armed Forces Covenant. The signing of this Covenant is a public pledge to offer guaranteed interviews to service leavers and members of their immediate families.

Both veterans and reservists demonstrate world-class transferrable training, proving themselves as reliable and resourceful members of the community. Despite being only a small company, Whippet recognises the value in such candidates and is guaranteeing interviews to all ex-servicemen and women, including members of their immediate family.

Over its 99-year history, Whippet has had frequent dealings with the Armed Forces, most notably supporting Cambridgeshire-based RAF personnel throughout the Second World War. Such operations subsequently resulted in Whippet establishing its first regular service for the RAF in 1946, operating servicemen buses as far as London King’s Cross.

Whippet continues its tradition of supporting and catering for the Armed Forces, with its Managing Director, Charlie Hamilton, having a close and personal relationship with the Army. Mr. Hamilton is proud to have employees working alongside him who have served in the forces, some of whom have worked at Whippet for over 20 years after leaving the Army.

Managing Director of Whippet Coaches, Charlie Hamilton, remarks: “Having a close affiliation with the British Army, I remain a strong believer in supporting reservists, veterans and their families. The Armed Forces trains and develops a large pool of highly qualified men and women, all of whom will be guaranteed an interview for a rewarding career at Whippet.”

Captain Chris Hughes of the 158th Regiment of the Royal Logistic Corps states: “We are delighted to have one of Cambridge’s oldest companies and most iconic transport operators supporting the recruitment and further progression of veterans and reservists. Whippet has demonstrated its commitment to supporting ex-military personnel through the provision of gratifying job roles with clearly-defined career progression milestones.”

All ex-military personnel are encouraged to arrange an interview with our team at info@Whippet.uk.com. 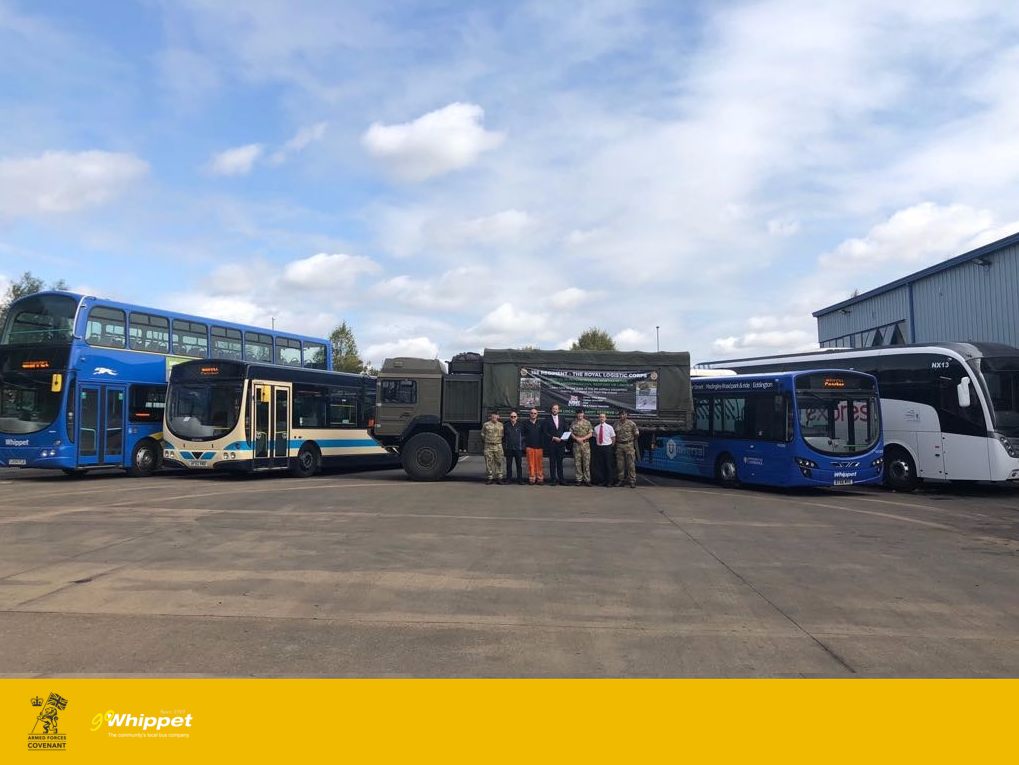